In summer, during holiday seasons and student/school vacations, there are especially many visitors in the museum: participants of international schools; pupils of Dubna schools, having a rest in summer camps; excursion groups and individual tourists.

Regularly within a year the museum is visited by groups of teachers, pupils and students of technical specialties, tourist groups, delegations of scientists and their families from Russia and foreign countries.

For many guests of Dubna coming from Moscow and other cities of our country, from abroad, knowledge and experience obtained while visiting the Museum of the History of Science and Technology JINR, become one of the key elements of the formation of the image of our city. Many visitors , even those who knew next to nothing about physics, after the tour talk about the feeling that they have gained access to something very important, significant, that is the pride of our country.

Multimedia exposition which reveals working principles of some of JINR Main Facilities. Exposition is used for public demonstration. 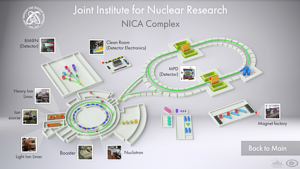 Video hightlights of the accelerator complex at the Laboratory of High Energy Physics. It shows finished parts of the project (sources, linear accelerators, a factory of magnets, etc.) and with the developed ones (collider ring, MPD detector, etc.). 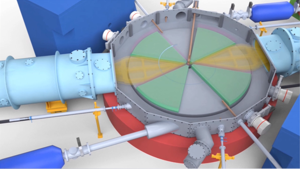 Superheavy elements at U-400 Cyclotron

Video tells about the synthesis of new superheavy elements on the U-400 Cyclotron of the Laboratory of Nuclear Reactions. 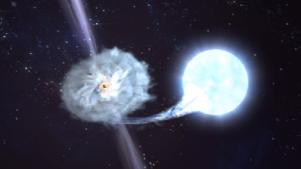 Video tells about the Russian Neutrino Telescope of the Laboratory of Nuclear Problems located at the bottom of Lake Baikal. Neutrinos, flying through the Earth, are detected by numerous detectors, immersed in the bottom of the lake. 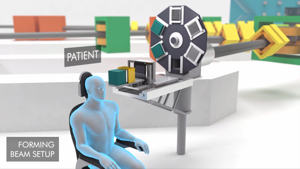 Video tells about the principles of the installation of a Medico-Technical Complex located on the basis of the Phasotron of the Laboratory of Nuclear Problems. 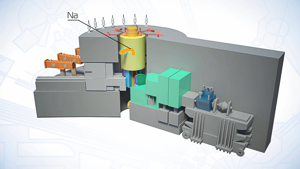 Video reveals the internal structure and operating principle of the Fast Neutron Reactor located at the Laboratory of Neutron Physics.

You can see the animation of the DN-6 experiment at IBR-2 in another video.